A sponsorship signed in 2019 by lcs spa in support of the fun buddies team, professional athletes part of the as flyinghetto sports association.

We are proud to announce that on the weekend of 8-9 May, at the Skydive Fano parachuting school, a new Italian Record of Sequential HeadDown was established: 3 Points at 17 Elements, achieved by jumping from an altitude of 4450 meters. The difficulty of this record is to declare before the launch the sequence of formations that will be performed in the air and in which each skydiver has an assigned seat.

We congratulate all the athletes, who for the fourth consecutive year have established a new Italian Sequential Record for Vertical Formations (both HeadDown and HeadUp).

Below the complete article by Emanuele Bielli in the 90Percent parachuting magazine. 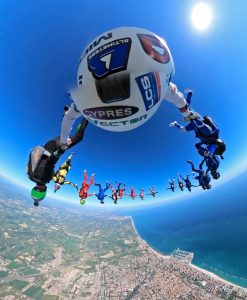 We wanted to get 2021 off to a great start: setting a new Italian Record during the first event of the season with the Skyvan at Skydive Fano! We thought of an ambitious goal: a 20 way Head Down Sequential, but due to a couple of last-minute cancellations we were 17 on the weekend of 7-9 May.

Let’s talk immediately about the participants: some veteran flyers of these events, who are the foundations of the formation: Leonardo Elia, Matteo Conti, Michela Saporiti, Diego Costa, Alberto Terraneo, Marco Santapaola; VFS flyers and competitors: The Italian Army representatives VStorm Andrea Cardinali, Marco Soro and Stefano Falagiani and the Fun Buddies Team Carlo Barni, Dennis Broglia, Gabriele Grossi and myself; and FreeFly competitors Andrea Degortes and Benedetto Roccotelli, but above all flyers on their first record experience: Cecilia Langella and Lorenzo Mogliotti. On previous months we had organized a couple of camps to approach the record, Cecilia and Lorenzo have shown that they have developed the skills to join the record jump attempts, also thanks to intense training they had in the tunnel.
In a record the emotion plays an important role, but in designing the formations it was decided to put all the participants at ease, assigning the “favorite slots” but always taking into consideration the only goal: to set a new Italian Record! As with the previous records, we started by declaring to the judges two formations and in the first 2 jumps it seemed that the goal was really easy to achieve. 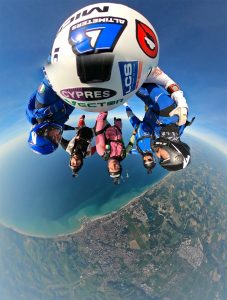 But on the following jumps we had problems with the exit of the base and as everyone knows: no base – no formation. So we made a couple of adjustments and on the sixth try we set the new Italian Record of a HeadDown Sequential 2 points 17 way. Sunday morning with Leonardo Elia we re-designed the formations to close the third point. Although the sequence was technically more difficult with only 3 jumps we closed the 3 points.

This is the fourth year in row that have been set a new Italian Sequential Record for Vertical Formations (both HeadDown and HeadUp). Many thanks to Skydive Fano, Livio Piccolo and Pink Skyvan who have granted us the altitude to achieve these records; the cameramen Cristian Giorgi and Tony Borgogni; the Judges Roberto Mascio, Sandro Gargini and Totò Marrocco; Bar Kerozene and Maura for hospitality; the girls of the Manifest and the Staff of the DZ (also Teo).

As a group we have dedicated this record to Dima, Dimitri Didenko. Skydive Fano was the DZ where he was born and grew up first as a skydiver then as a flyer. His early death struck all of us who knew him and with whom we shared jumps and events, and with whom we began this adventure setting our first Italian Record of Head Down Formation, in 2012. 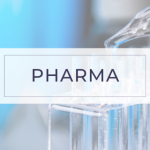 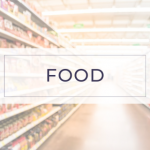