The company and the needs

Lario Libri is a company specializing in publishing distribution that proposes itself as a partner for bookstores and stationeries for the supply of books. With over 60 years of presence on the market and 1800 square meters of site in Cantù, in the province of Como in Italy, it works to optimize the management of the book product for each point of sale, both in terms of scholasticism and in terms of various.

The main goal of the company was to increase warehouse efficiency to 360°. The task of LCS, therefore, was to develop a solution that would speed up operations, guarantee the traceability of items and eliminate any errors caused by manual management. 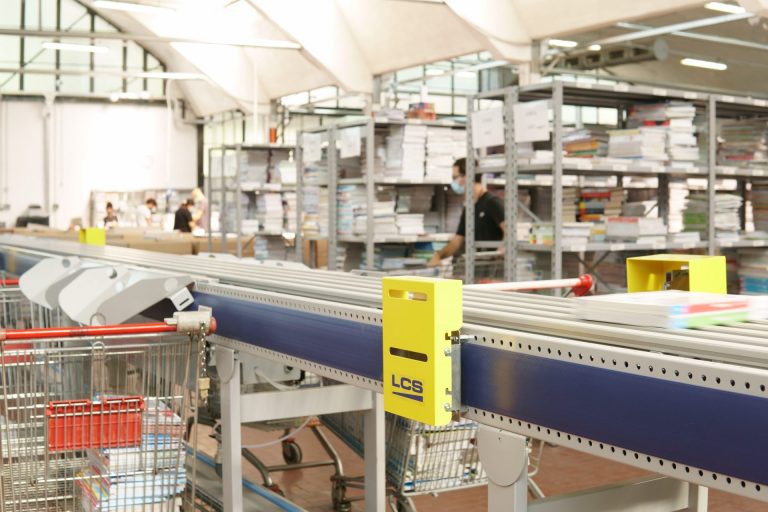 The project developed and implemented by LCS provides, in addition to the warehouse management software (WMS of LCS), a sorter for sorting incoming books, which divides the books into different channels destined for three macro areas: Large-Scale Retail Trade, stationery stores, internal storage. Before being sorted, the books are automatically labeled with different types of labels based on the destination. From an electromechanical point of view, the sorter is capable of labeling and sorting 2000 books / hour.

Pallets from suppliers are accumulated on an idle roller conveyor from which the operator picks up the books and places them on the sorter inlet conveyor belt. The book is then identified by a portal reading system and then automatically labeled. In the event that the book is not identified correctly, it is led to a dedicated exit. With positive code reading, on the other hand, the books are first labeled, excluding the books destined for storage in the warehouse, by a printer with automatic applicator and then directed to the destination assigned to them.

Activities are managed and controlled by the WMS software. In particular, the LCS LogiWare modular solution has the task of proceeding with the acceptance of arrivals, the loading of material in the warehouse, the management of orders, withdrawals from the shelves, and finally the preparation of shipping packages.

An end-of-line system for package shipment has also been implemented which includes an automatic box former, designed to form and subsequently seal the lower flaps of the cartons with adhesive tape. The end-of-line then includes 4 packing stations where the shipping packages are set up, weighed and labeled, and an automatic taping machine with flap closers.

Both the sorter system and the end of line are controlled by the PLC LogiTrasp software of LCS automation and by the WCS supervision software LogiCon by LCS. 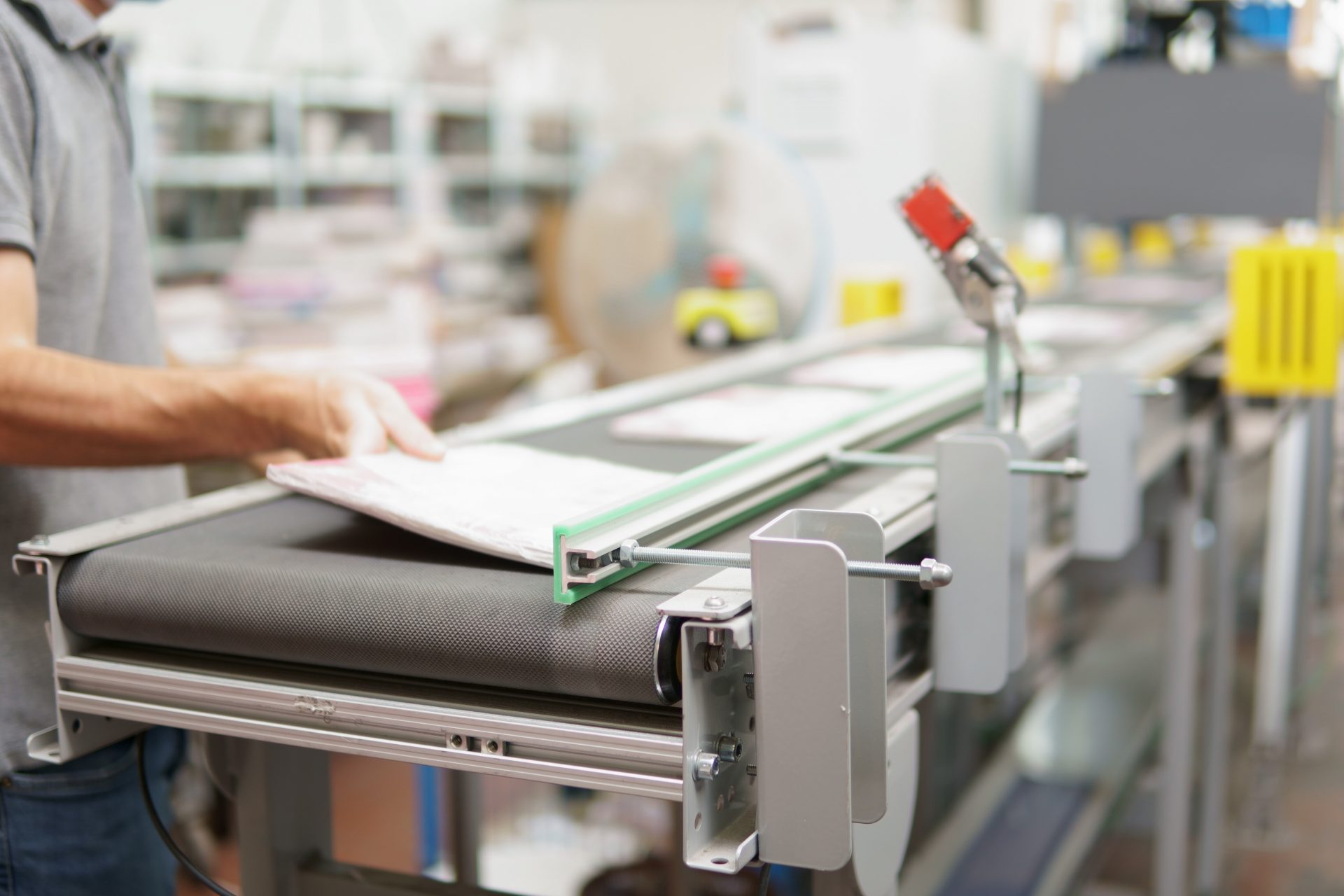 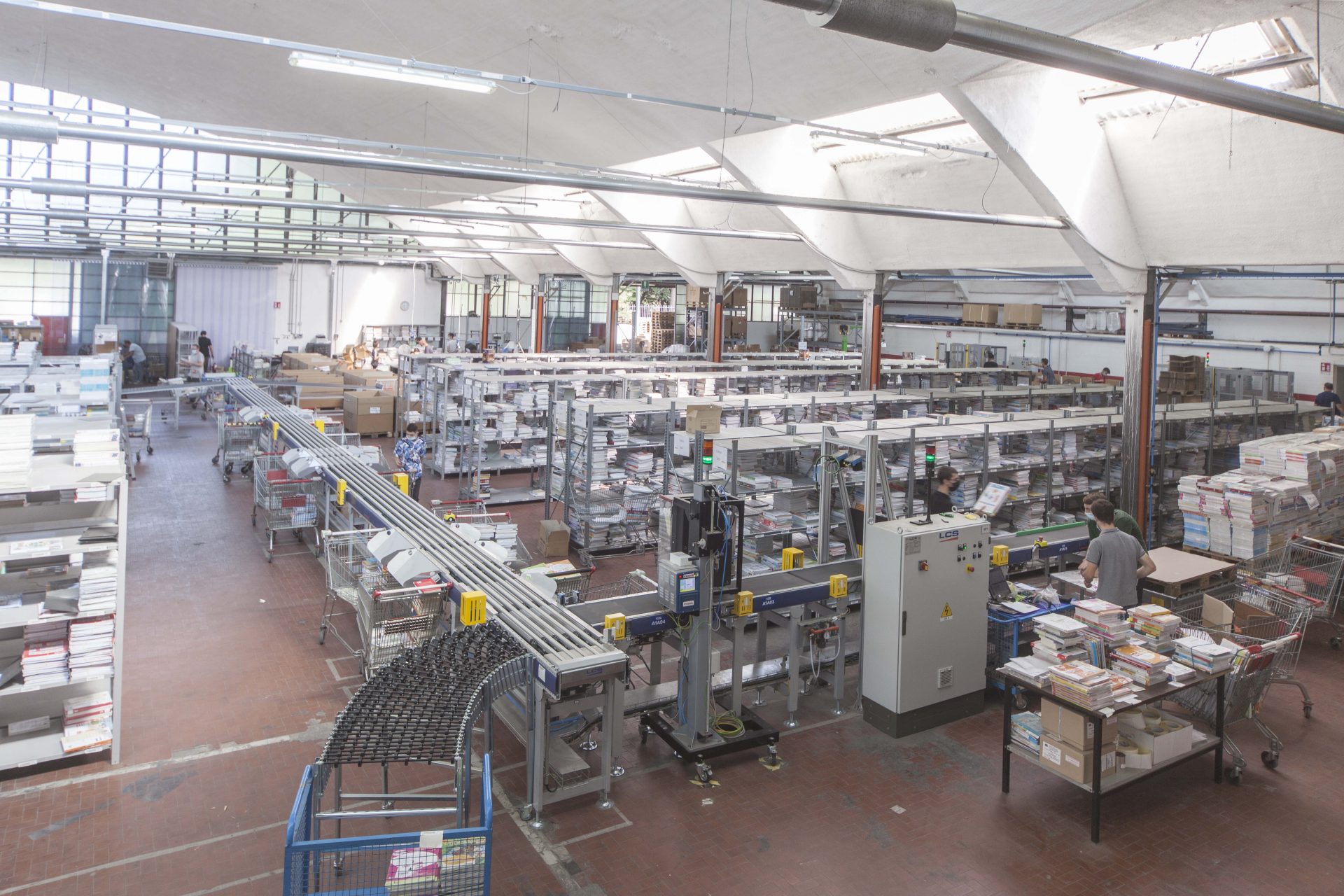 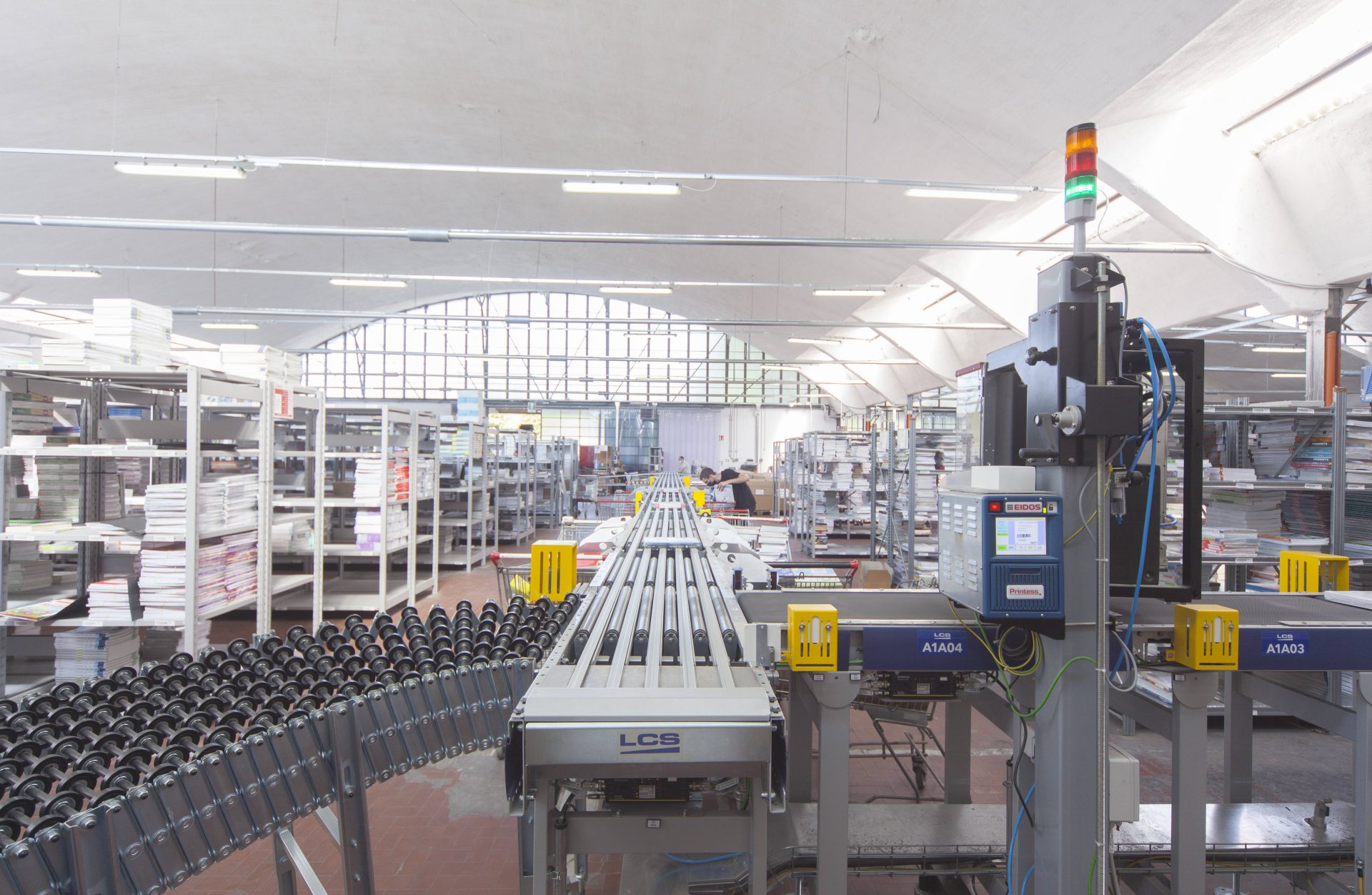 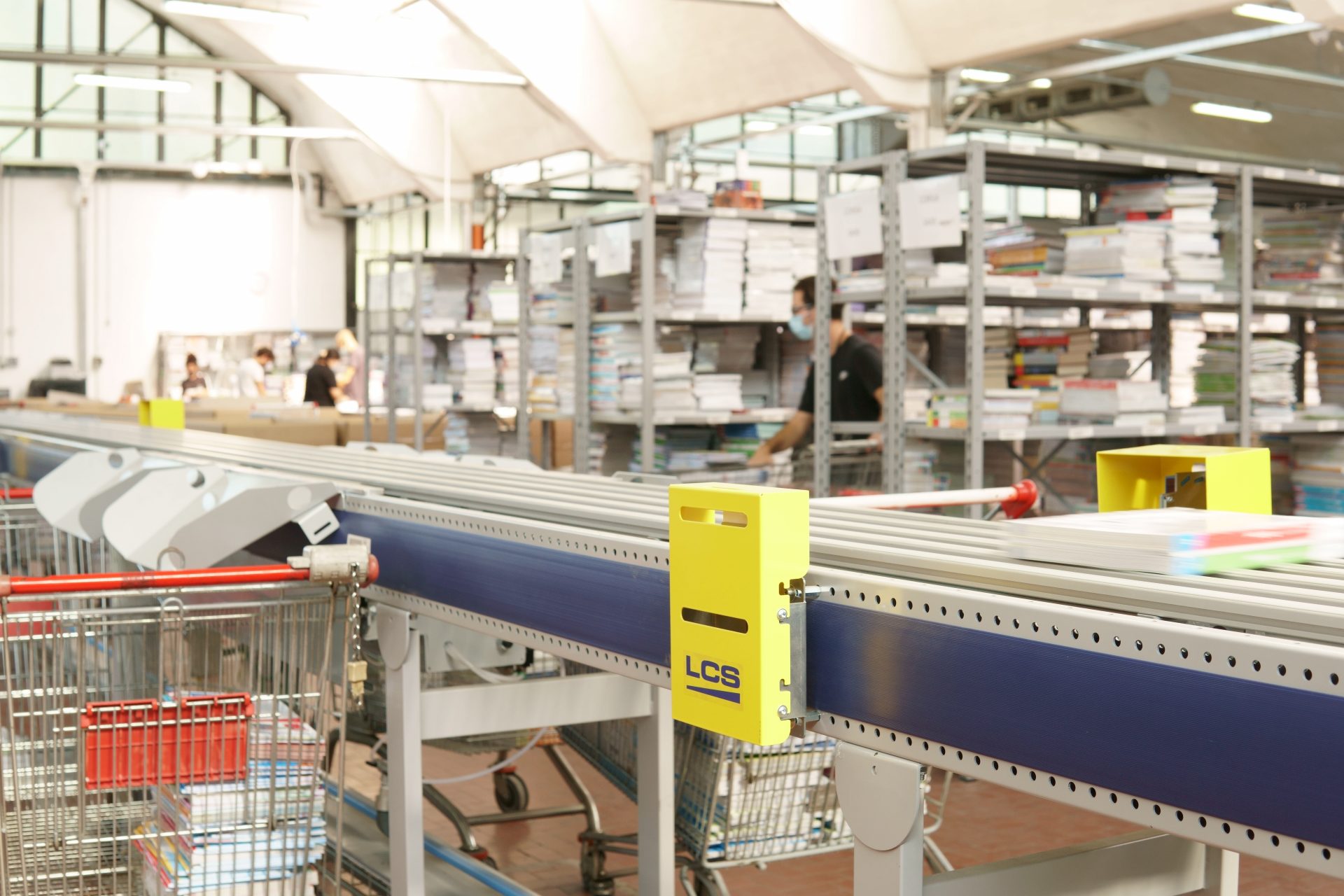 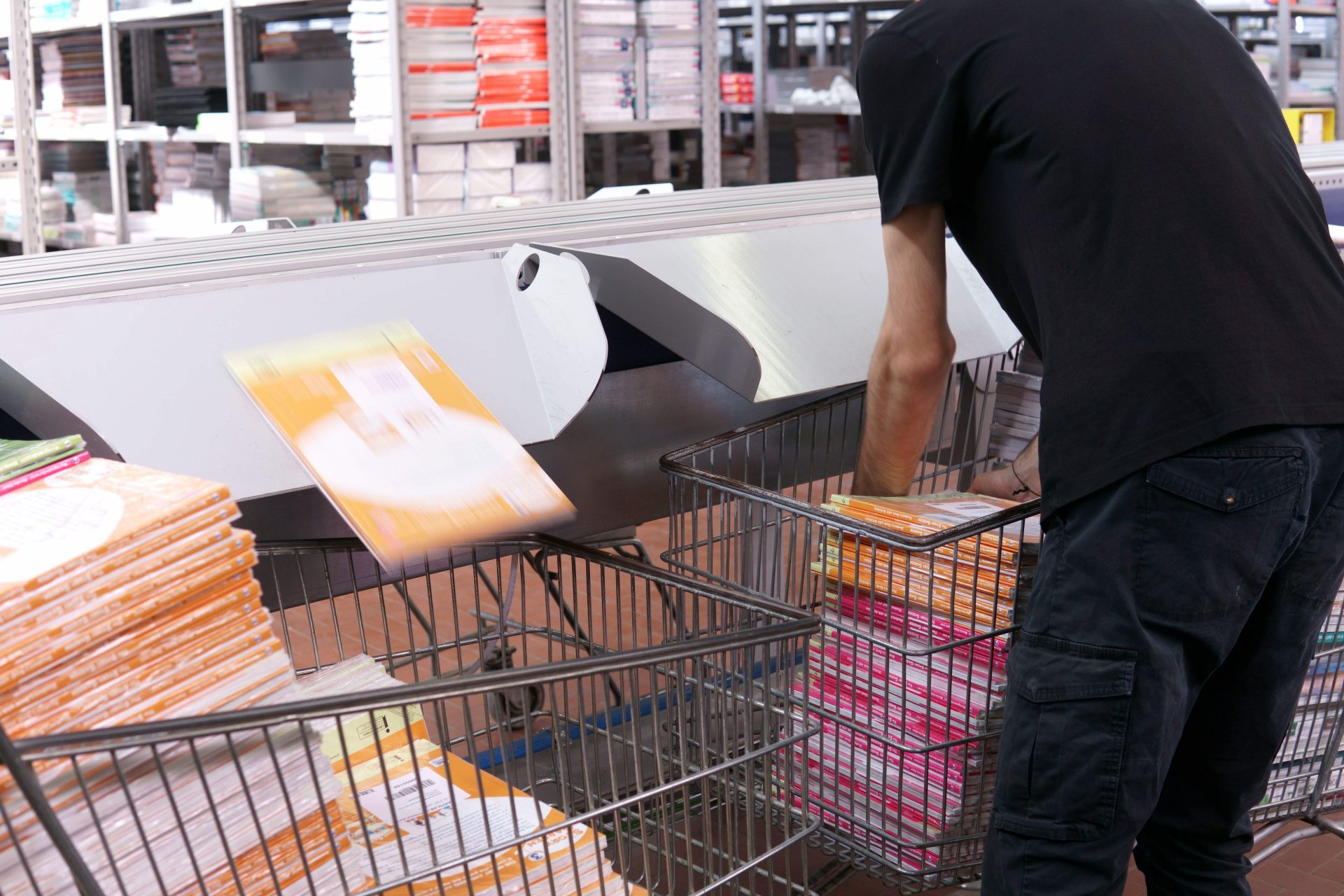 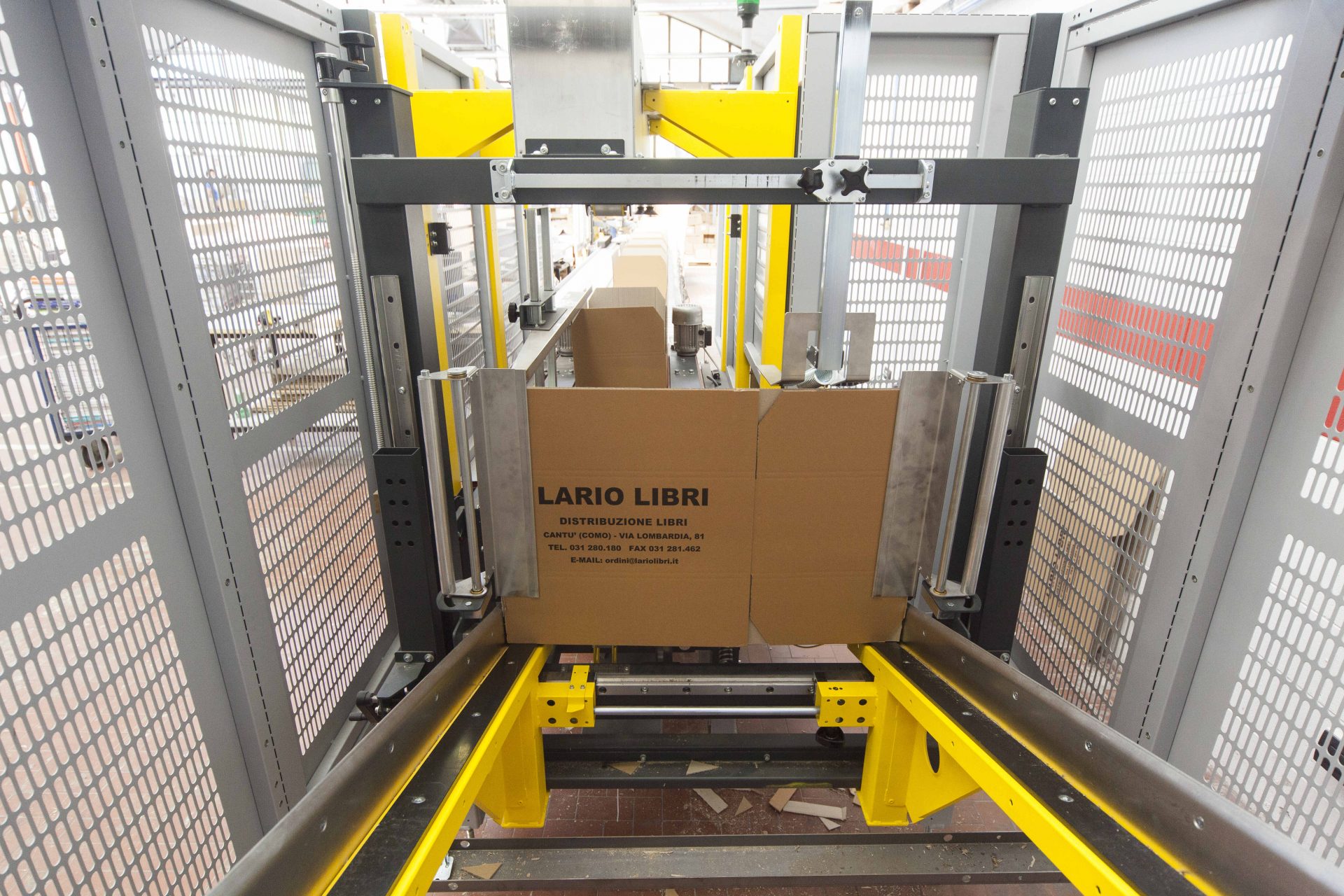 The solution implemented by LCS allowed to: 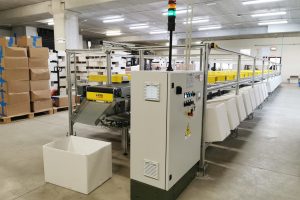 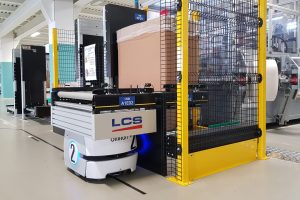 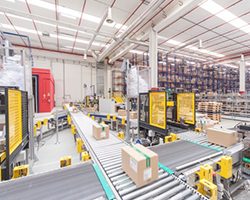 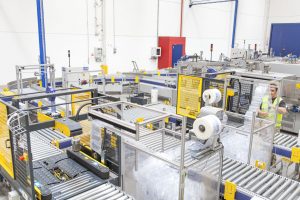